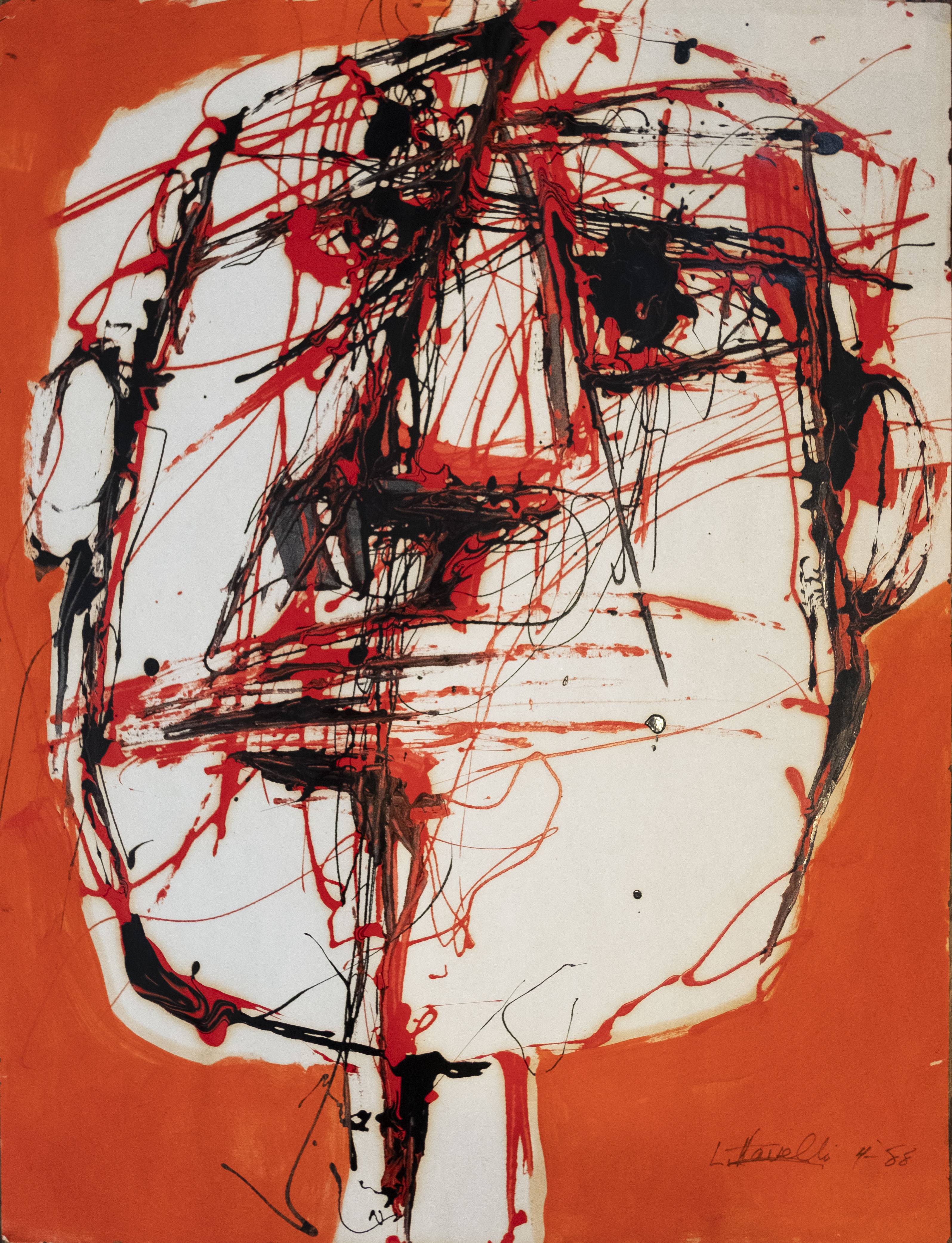 April 23, 1914-2010 Louis Tavelli’s body of work spans six decades. He attended the Colorado Springs Art Center as a young man, eventually teaching painting at the University of North Carolina, Cooper Union in NYC and the University of Michigan. Summers were spent in Woodstock, NY where he had a studio in the back of an old theater on Maverik Road. Woodstock, being an established artists community was packed with dancers, musicians, artists and writers. He was a member of the progressive “New Group” of artists there. Louis was also a talented professional violist and violinist. He started performing on stage in his home town; Williamstown, MA as a youth accompanied by his mother at the piano. At college age he won a scholarship to the Eastman School of Music in Rochester, NY. It was during these college days that he and his string quartet began visiting Woodstock, NY in the summers. There was always a gig for them at fancy mansion parties and at the same time he could continue art work in an inspiring atmosphere among other cutting edge artists. Lou eventually bought property in Woodstock. He loved building bon fires in the front yard while personalities on Maverik road would drift over and congregate , enjoying the warm summer evenings. The early period of his career, 1930s – 1961 was prolific and we see his development in America’s art scene through the eras of post impressionism, Asian calligraphy influence, cubism and abstract expressionism. Lou was drafted into the army during WW2. He always had a sketch book in hand continuing to develop drawing skills and simultaneously formed a string orchestra on base in Louisiana. After the war he elected to study mosaics in the WPA program, selling table tops in NYC. Galleries: Hacker, Camino, Berta Schaeffer, Washington Irving, Krasner, Rice, Knapik, Stable, Parnassus Square-Woodstock, Judson Smiths-Woodstock, Woodstock Artists Association-Woodstock, Polari Gallery-Woodstock One Man Shows: Hacker, Bennington College, Williams College, New York State University, Mari Gallery-Woodstock, State Museum of Art-Raleigh, Museum of Art University of Michigan In 1962 Tavelli returned to Williamstown MA, the town of his birth to live. He focused on teaching his daughter violin. He performed as Principal violist of the Albany Symphony, Vermont Symphony, Berkshire Symphony and toured with his chamber group featuring exotic combinations of instruments and premiering contemporary compositions. One of the chamber music engagements took place in Spain where he visited the caves at Altamira. Early humanity and images they left behind hugely influenced his creative process from then on. Symbols, pictographs and layering much like today’s graffiti enthralled him. Primitive communication and expression of the raw terror of survival in those times are felt in Louis Tavelli’s later work.